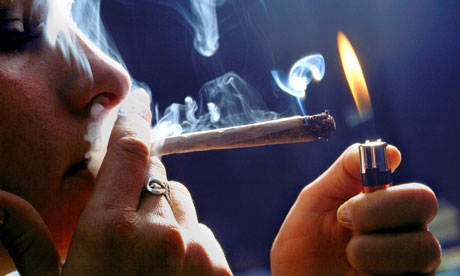 Dame Judi Dench, Sting and Sir Richard Branson are among those who have signed an open letter to David Cameron urging that possession of drugs be decriminalised. Photograph: Jockmans/Rex Features

Dame Judi Dench, Sir Richard Branson, and Sting have joined an ex-drugsminister and three former chief constables in calling for the decriminalisation of the possession of all drugs.
The high-profile celebrities together with leading lawyers, academics, artists and politicians have signed an open letter to David Cameron to mark this week’s 40th anniversary of the 1971 Misuse of Drugs Act. The letter, published in a full-page advertisement in Thursday’s Guardian, calls for a “swift and transparent” review of the effectiveness of current drugs policies.
Its signatories say that all the past 40 years has produced is a rapid growth in illicit drug use in Britain, and significant harm caused by the application of the criminal law to the personal use and possession of all drugs.
“This policy is costly for taxpayers and damaging for communities,” they claim. “Criminalising people who use drugs leads to greater social exclusion and stigmatisation making it much more difficult for them to gain employment and to play a productive role in society. It creates a society full of wasted resources.”
The letter launching the campaign, Drugs – It’s Time for Better Laws, has been organised by the national drugs charity Release. Other signatories include the film director Mike Leigh, actors Julie Christie and Kathy Burke and leading lawyer Sir Geoffrey Bindman QC. The former Labour drugs minister Bob Ainsworth and three former chief constables, Paul Whitehouse, Francis Wilkinson and Tom Lloyd, have all put their names to the letter.
It points out that nearly 80,000 people were found guilty or cautioned for the possession of illegal drugs – most of whom were young, black or poor – in 2010. Over the past decade, more than a million people have ended up with a criminal record as a result of the drug laws.
The letter coincides with Thursday’s New York launch of the report of the Global Commission on Drug Policy, which counts three former South American presidents, the former secretary-general of the United Nations Kofi Annan and Sir Richard Branson among its membership.
“The war on drugs has failed to cut drug usage, but has filled our jails, cost millions in tax payer dollars, fuelled organised crime and caused thousands of deaths. We need a new approach, one that takes the power out of the hands of organised crime and treats people with addiction problems like patients, not criminals,” said Branson, founder of the Virgin Group, who is to appear at the launch.
“The good news is new approaches focused on regulation and decriminalisation have worked. We need our leaders, including business people, looking at alternative, fact-based approaches.
“We need more humane and effective ways to reduce the harm caused by drugs. The one thing we cannot afford to do is to go on pretending the ‘war on drugs’ is working.”
Sting, who also signed the letter to Cameron, said: “Giving young people criminal records for minor drug possession serves little purpose – it is time to think of more imaginative ways of addressing drug use in our society.”
Ainsworth, the former Home Office drugs minister and defence secretary, last December described the war on drugs as “nothing short of a disaster” and called for the legal regulation of their production and supply.
The campaign defines decriminalisation as a model that adopts civil rather than criminal sanctions such as confiscation and warnings and fixed penalty fines rather than arrest, prosecution and a criminal record.
The high-profile campaigners point to the Portuguese experience as evidence that decriminalisation does not lead to an increase in drug use. Portugal became the first European country in July 2001 to introduce “administrative” penalties – similar to parking fines – for the possession of all illicit drugs.
The immediate reaction from the Home Office last night was to rule out any such move: “We have no intention of liberalising our drugs laws. Drugs are illegal because they are harmful – they destroy lives and cause untold misery to families and communities.
“Those caught in the cycle of dependency must be supported to live drug-free lives, but giving people a green light to possess drugs through decriminalisation is clearly not the answer,” said a spokesman.
“We are taking action through tough enforcement, both inland and abroad, alongside introducing temporary banning powers and robust treatment programmes that lead people into drug free recovery.”

Article not available in English. Switch language on the top of the site, if you want to read the Danish article.